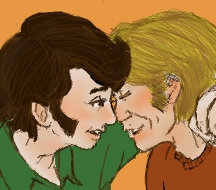 monkees_fest is up and running now, and i'd love to see some torksmith action there as well, so come and share your plot bunnies! .)

Come and join us at the

monkees_fest
– a prompt fest for all kinds of the monkees fanworks

The prompt post is now open for prompts for a week!

Copy the code to spread the word on your journal:

for a while now I've been toying with the idea of organizing a monkees fest and I wanted to ask what you guys think of the idea! .) I'd love the idea of even more fanworks, as well as us gathering to have some fun together!

I've put together a little Poll and i'd love it if could you fill it, and leave comments/ideas/feels on the post as well if you like, so I could get an idea if we'd have enough people interested in participating.

The first fest would probably start as soon as possible, and since yule/christmas time is nearing once again, I though it would be fun to start posting the works on 1st of December in a calendar kinda way!

At least the first fest would be a "prompt-fest"
= anyone can leave prompts (het, gen, slash, any pairing, any genre, any rating...) then you could choose one or several that inspire you and create a fanwork based on it.

I'm now asking around only on LJ but since there are fans on Tumblr as well, I think the fest would have at least an "info account" on there as well. The fest would have it's own community on LJ but to fill different communities/sites with new stuff the works would be posted elsewhere - just links to them on the fest's comm.

i'm terribly sorry about the crossposting!

HEAD ON TO THE POLL BEHIND THIS LINK 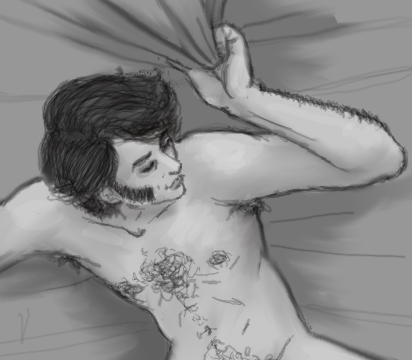 Okay...I apologize, as this isn't a fanfic or fanart post, but can we just take a minute to deal with the fact that Michael is staring right at Peter in this picture? It's just completely blatant, like he's not even trying to hide anymore. What possible reason could he have for eyeing Peter so intensely here other than to non-verbally assert his possessiveness? Oh, Michael... 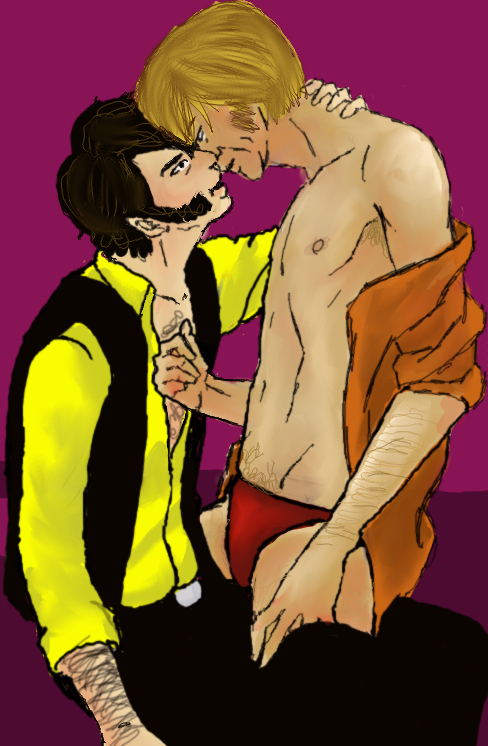